Last week during our Butler’s Daughter’s class,  the discussion had touched on how many science fiction novels, especially young adult genre, has had an absent of parents or the parents were present but did not have an active role or any clue to what their children were doing.  Although Professor Tananarive Due’s novel My Soul to Take and the whole series before this last fourth novel, incorporate the parents of Fana, Dr. Stanley pointed out  how in culture popular science fiction novels, such as the Twilight, does not include active parents in the protagonist’s life if it is a coming of age story for a young teen/adult.  I thought this would be a great topic to blog about after hearing a discussion on the radio about single parents, particularly single mothers raising young males, who do not know how to motivate their children.  One mother discussed how her son, a high-schooler, told her that he did not like school and wish he did not have to.  Many parents send their children to school and expect the school system to teach them and motivate them but doesn’t these values need to be instilled in the home first?

In regards to Due’s novels, Fana’s parents are present in her life and also try to steer her to make the right decisions and keep her out of harm’s way however they do not control her life and let her makes her own decisions.  I am very family oriented myself and when I left my home in New Jersey to come to Atlanta, Georgia to attend Spelman College, I slightly felt like I was being dropped off in an unknown world but I had to remember  that I made this decision and that my parents will be there for me even if they are miles away.  My mother’s words of encouragement kept me strong first semester although I cried when she left for the airport after New Students’ Orientation.  It was her endless support, words of encouragement, and constant reminder of how proud she was of me that motivated me to keep striving to do my best.

Now as a graduating senior, I appreciate that Due composed a storyline of a young female protagonist who was trying to find herself and live her life but still had her parents through it all.  Fana says, “A CHILD’S HAPPINESS SPREADS TO THE PARENTS” (242) and with this quote, I believe that if parents took the time to find out what their children wanted out of life or they showed them what they can get out of life if they work hard and continue to dream and believe in themselves then they would be able to find a way to motivate them down that path without forcing them into something they do not want to do.

When I first read this tenet I also had difficulty grasping its meaning and had to reread it. I thought to myself to highlight it and I continued reading the chapter to see if I could get an understanding. After reading the chapter I went back and read the Earthseed tenet and just broke it down one line at a time. My understanding of the tenet is it means change will happen and that individuals can make change happen however also be affected by change themselves because change is inevitable. Butler is able to demonstrate how change is inevitable through the disappearance of Lauren’s father. We aren’t told the details of why he never returned but we know that the change came about for Lauren, her family and even the community with his absence.

“All that you touch You Change, All that you Change, Changes you.” For someone who could be looked as a leader, they make change happen for those that are following them but also could have change happening to themselves too. Self-Discovery can happen while in a leader position because you can realize strengths you might thought you did not have or would be able to do.

As for the last part, “God is Change”, means, to me, that God is the lasting truth. If the only lasting truth is change and God makes change happen then God is truth.  Of course I want to think that God only makes “good” change happen but I also understand that bad things happen and are necessary for good to come about. The bad is just preparing me for the good.

While reading Octavia Butler’s Parable of the Sower, I was on the hunt for examples of Lauren’s demonstration of leadership, even before she turns 18 years old and starts her journey north.  Lauren isn’t a leader because she has a group of people backing up her beliefs and following her word. She grows into a leader from being aware of her surroundings and observing all the people around her and also by conducting her own research to draw her own conclusions and solutions, which is a big step before becoming a leader.  She realizes that people will ignore a problem with the hopes that it will solve itself and return back to what they know as normal.  She is proactive and takes action, not only for herself but for the others of her community also.  Although she tries to warn others, she knows her age hinders anyone believing what she has to say and offer: survival skills. Another leadership skill that Lauren cultivates is knowing that change is needed in order to progress.

With Lauren’s ability to feel others’ pain as well as her own (hyperempathy), I found myself battling to understand if this was a strength or a weakness for Lauren.  Although she believed she would looked as weak and become a target if others found out,  I believe it helped her humanity and compassion, which was also needed for her to be a leader and build her Earthseed communities.  The question I pose is can a leader hide their “flaws”? If not, that does not make them less than a suitable leader, right?

Side Note: For me, the fact that Lauren Olamina’s birthday was July 20 resonated with me because my birthday is July 21 and in our world astrology is something that could be dated back to BCE time period and I, for one, believe and am interested in being more knowledgeable in it.  The zodiac sign Cancer is associated with birthdays between June 20- July 22. We are taught that empathy is the ability to understand and share the emotions/feelings an of another.  Empathy happens to be a main trait of the zodiac sign, Cancer, which gave me a different way to connect to Lauren and interested to read on to see how she overcomes. 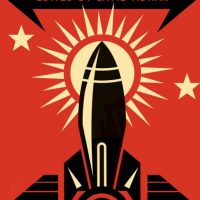 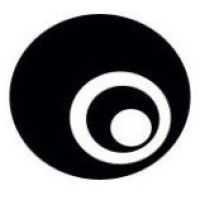 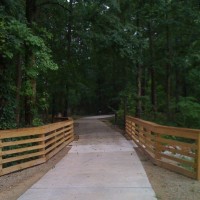 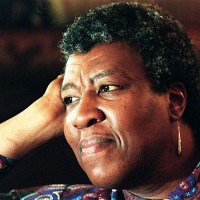